How do we at ORS get some of our more heavily modified rigs to the trails? After seeing the Transformers, we came up with a name for our ’93 Dodge 5.9L Cummins Turbo Diesel: Optimus Prime Jr. With a 48″ frame extension and a custom fabbed diamond plate flatbed, this behemoth of a truck commands attention and respect from its peers, just like his pops. 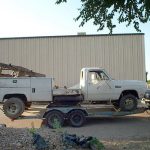 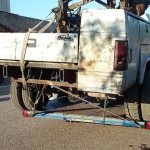 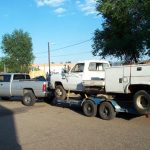 We bought it in a state that showed nothing of its present regality. With a toasted rear axle and a utility bed that weighed almost as much as the truck, OPJ’s early days were a humble, far cry from now. The transportation of him down slow side streets made for a very interesting adventure and many gawking stares. 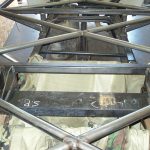 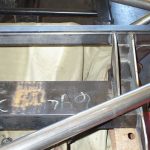 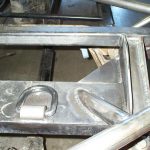 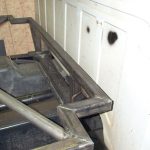 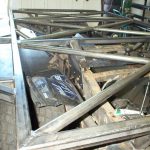 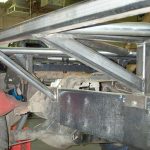 After we replaced the rear axle w/ a good unit (still Dana 70 unfortunately) stuffed w/ 4.10’s, then started the most time consuming portion of OPJ’s transformation, his flatbed. We decided to keep the frame extension and make the flatbed very long (12′ to be exact). Some day we’ll probably install an old Dodge 4-door cab and shorten the bed, but finding one is like finding a needle in a haystack. This flatbed we designed to have a custom gooseneck hitch built in. The bed and hitch all bolt onto the frame in several locations. We went overkill on the mounting of the flatbed, because we didn’t want the trailer falling off even if we had to commit some evasive maneuvers to dodge a barrage of fire from Megatron and the Decepticons on our way to the trail. 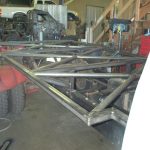 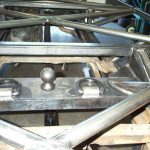 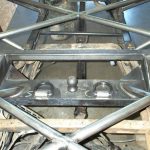 The flatbed was given a hinged trap door to cover the gooseneck which provides a clean look when it’s not in use. Also the bed was given brackets and cutouts for LED lights to let OPJ look good at any time of day. Right after fitting and finalizing the mounts and lights, the lights came right back off in favor of protection from an enemy far worse than the Decepticons, rust. It took 1-3 guys over a long day and a half to wire wheel, primer, then paint the flatbed, but after the newly painted piece was given back to OPJ that flatbed became his crown. Lights and wiring were reinstalled and is presently how OPJ stands. Smoke stacks, new cab paint, gearing and eventually a double cab all wait for OPJ as he matures. 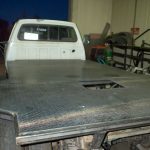 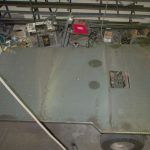 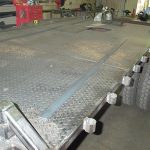 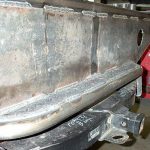 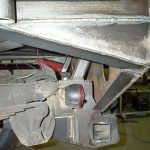 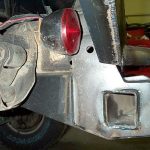 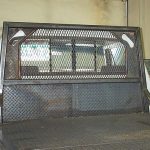 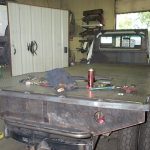 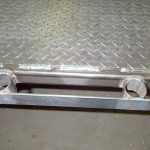 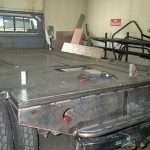 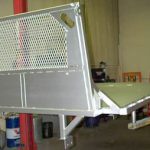 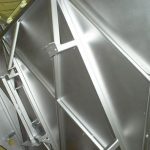 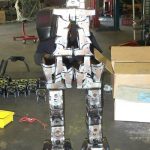 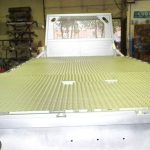 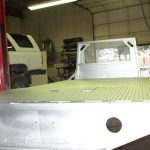 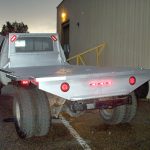