This truck started off as an ’82 Toyota Mini truck with a Chevy 350 motor and a turbo 350 tranny. With 5″ leaf springs, lift shackles, and a 3″ body lift to clear the 38″ tires, it looked sweet but didn’t have the qualities of a rock crawler that Wrd wanted. The rear end was a Ford 9 inch with no brakes and a limited slip. The front axle was the stock Toyota unit with a Detroit locker and 4.10 gears. The radiator had been mounted in the bed with a scoop to direct air flow and prevent the vehicle from over heating. Just about everything the previous owner had done to the truck was going to have to be removed and rebuilt. 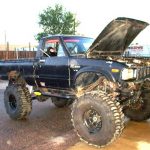 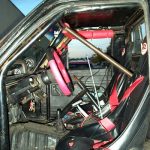 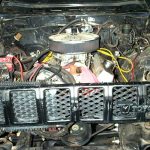 The first order of business was to tear the truck down to just the cab and frame. We removed the engine, transmission, and just about everything else connected to the truck. The entire front clip was cut off, along with the removal of the bed. During the life of the truck the original wiring harness had been spliced and hacked into, resulting in a harness that looked more like a rats nest than anything else. The harness was removed and a replacement was sourced from another ’82. At this time the truck sat as just the cab, frame, and front axle. Wrd decided that it would be returned back to the original drivetrain. The small block Chevy would be replaced with a 22RE and Toyota transmission, the 9″ rear axle would be replaced by an IFS rear Toyota housing connected to a custom 4 link suspension using air shocks. To top it off the whole thing would be sitting on 38.5″ Super Swamper Boggers.

It has taken tons of work to get the truck to where it sits right now. The interior roll cage had to be removed and all the holes in the cab had to be patched. The Chevy motor mounts were removed and the frame was repaired in several locations. The front stinger and winch mount were fabbed up as a base for the exocage. The rear 4 link was mocked up and the rear of the frame was hacked off and that’s just the beginning…
For the 4-link we used beefy 1.25″ heims and thick polyurethane bushings for strength and reliability. Also we put the heims at the frame where they will be a little better protected from rock, water, and mud abuse. We used 14″ SAW air shocks while keeping the rear axle in the “stock” location.

By then the tail end of Wrdette needed some TLC. We made mounts for the batteries and a couple of ammo cans. The ammo cans are bolted down and will hold recovery gear, tools and spare parts. 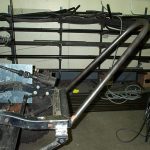 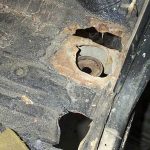 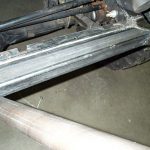 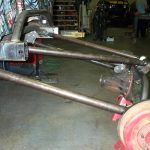 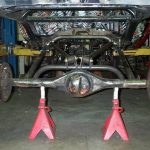 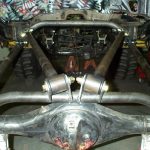 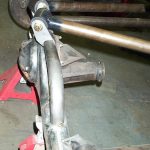 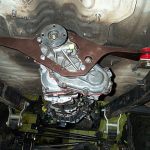 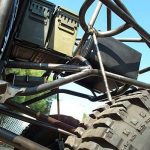 The previous owner had swapped a Chevy V8 into the truck, and after taking it out there was no way to put the 22RE back in without building some new motor mounts. We fabricated mounts with our large 2.5″ bushings and 1/4″ laser cut steel. These mounts were super easy to work with and allow for endless possibilities. These 22R versions of our Performance Motor Mounts will be available to the public soon.

After that we got the motor and trans/t-case installed and the front tube work started.

Once the front tube work was progressing we accessorized with components such as a power steering reservoir, ignition coil, injector resistor, etc. Then came the intake. Wrd decided to go for an AEM dryflow cone filter mounted over the valve cover via a custom bracket and piping. 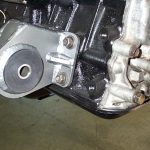 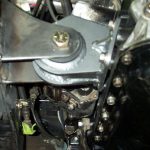 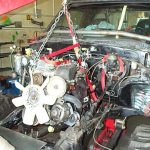 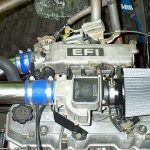 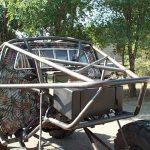 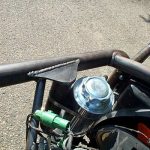 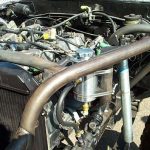 Along with that we braced the aft end of the cage, setting it up for the possibility of a spare tire mount.

Wrd has also installed his bumpstops and limit straps, finished his brake plumbing, added tube braces for the doors and finished all the other little details of the build. On top of that, it has been painted and is in the process of being put back together after the paint job. Once that is completed Wrdette will be ready for action. To date we are about 99% done. 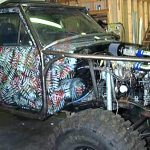 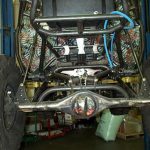 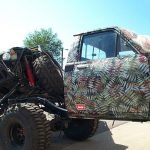 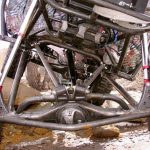 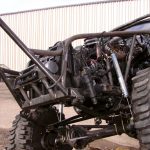 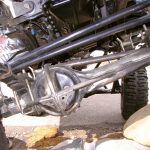 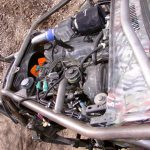 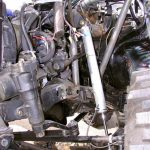 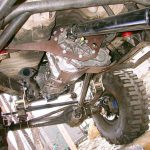